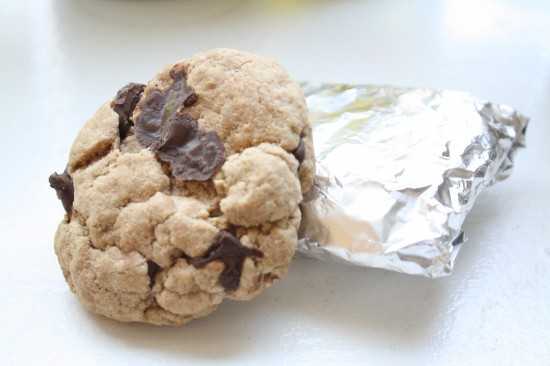 First, I would preheat the oven to 300 degrees. Though I’ve heard weed can be cooked at a maximum of 325 degrees, I would want to give myself a buffer to ensure it wouldn’t burn or even lose the slightest bit of potency. Potency would, I assume, be extremely important in this recipe; thus, if it were me, I would make sure the coconut oil was measured as a soft solid, NOT a liquid. I wouldn’t know if it were more potent as a soft solid, but I would assume, if I had ever done this, that these cookies are way better with the soft solid. Then, I would cream together the coconut oil and brown sugar before adding the milk alternative and vanilla. In a separate bowl, I would mix together flour, baking soda, baking powder, and salt. Then, I would combine the wet and dry ingredients, and then fold the chocolate chips into the dough.

Next, I would grease or place parchment paper on a cookie sheet. Then, I would roll the dough into balls and then flatten the balls a bit with my palm before baking them for 7-10 minutes. Finally, I would let the cookies cool down a bit before consuming one, and then I would individually wrap all the other ones in aluminum foil and store them in a cool, dry place. I would expect the stored cookies to last for multiple months if not consumed on a regular basis. This recipe would probably yield about 24 cookies, though I wouldn’t know because I’ve never made them before.

Did you make it? Review it!

View or add your comments on this recipe below. You can choose to have it show on your Facebook wall or just on this page.

My Biography
Editor at SocialMediaMorning.com - Bringing you the Power of Information<br />
Small town gal, with a LOT of WTF moments, blogger, and Twitter addict. <br />
<br />

Did you make it? Review it!